New Year…New Books! Here are some great new releases that will keep you warm and entertained for this upcoming chilly month. Get a head start on your 2020 Reading Challenge! 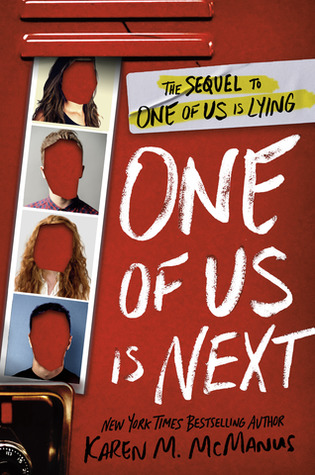 One of Us Is Next by Karen M. McManus

Come on, Bayview, you know you’ve missed this.

A ton of copycat gossip apps have popped up since Simon died, but in the year since the Bayview four were cleared of his shocking death, no one’s been able to fill the gossip void quite like he could. The problem is no one has the facts.

This time it’s not an app, though—it’s a game.

Phoebe’s the first target. If you choose not to play, it’s a truth. And hers is dark.

Then comes Maeve and she should know better—always choose the dare.

But by the time Knox is about to be tagged, things have gotten dangerous. The dares have become deadly, and if Maeve learned anything from Bronwyn last year, it’s that they can’t count on the police for help. Or protection.

Simon’s gone, but someone’s determined to keep his legacy at Bayview High alive. And this time, there’s a whole new set of rules. (Credit: Delacorte Press for Young Readers) 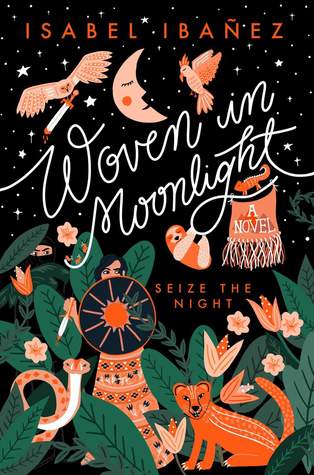 Woven in Moonlight by Isabel Ibañez

Ximena is the decoy Condesa, a stand-in for the last remaining Illustrian royal. Her people lost everything when the usurper, Atoc, used an ancient relic to summon ghosts and drive the Illustrians from La Ciudad. Now Ximena’s motivated by her insatiable thirst for revenge, and her rare ability to spin thread from moonlight.

When Atoc demands the real Condesa’s hand in marriage, it’s Ximena’s duty to go in her stead. She relishes the chance, as Illustrian spies have reported that Atoc’s no longer carrying his deadly relic. If Ximena can find it, she can return the true aristócrata to their rightful place.

She hunts for the relic, using her weaving ability to hide messages in tapestries for the resistance. But when a masked vigilante, a warm-hearted princess, and a thoughtful healer challenge Ximena, her mission becomes more complicated. There could be a way to overthrow the usurper without starting another war, but only if Ximena turns her back on revenge—and her Condesa. (Credit: Page Street Kids) 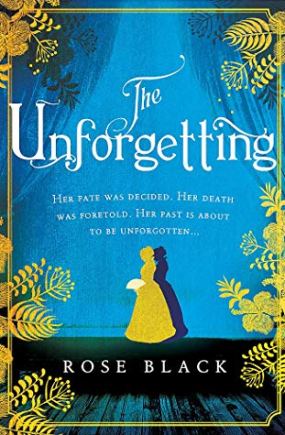 The Unforgetting by Rose Black

1851. When Lily Bell is sold by her father to a ‘Professor of Ghosts’ to settle a bad debt, she dreams of finding fame on the London stage. But Erasmus Salt wants Lilly not as an actress, but as his very own ghost – the heart of his elaborate illusion for those desperate for a glimpse of the spirit world . . .

Obsessed with perfection, Erasmus goes to extreme lengths to ensure his illusion is realistic. When Lily comes across her own obituary in the paper, and then her headstones in the cemetery, she realises that she is trapped, her own parents think she is dead, and that her fate is soon to become even darker . . .(Credit: Orion) 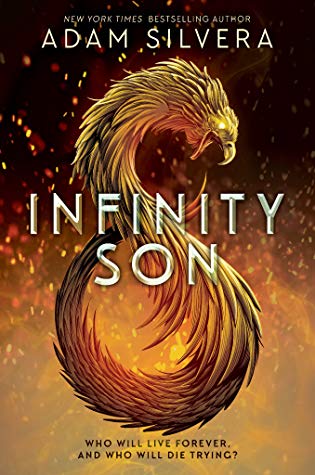 Growing up in New York, brothers Emil and Brighton always idolized the Spell Walkers—a vigilante group sworn to rid the world of specters. While the Spell Walkers and other celestials are born with powers, specters take them, violently stealing the essence of endangered magical creatures.

Brighton wishes he had a power so he could join the fray. Emil just wants the fighting to stop. The cycle of violence has taken a toll, making it harder for anyone with a power to live peacefully and openly. In this climate of fear, a gang of specters has been growing bolder by the day.

Then, in a brawl after a protest, Emil manifests a power of his own—one that puts him right at the heart of the conflict and sets him up to be the heroic Spell Walker Brighton always wanted to be.

Brotherhood, love, and loyalty will be put to the test, and no one will escape the fight unscathed. (Credit: HarperTeen) 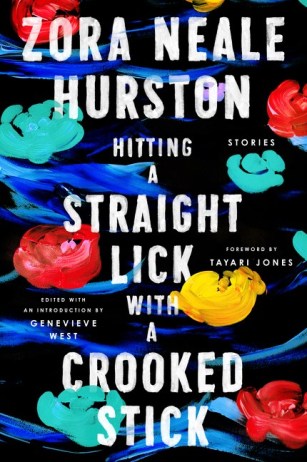 Hitting a Straight Lick with a Crooked Stick: Stories from the Harlem Renaissance by Zora Neale Hurston

In 1925, Barnard student Zora Neale Hurston—the sole black student at the college—was living in New York, “desperately striving for a toe-hold on the world.” During this period, she began writing short works that captured the zeitgeist of African American life and transformed her into one of the central figures of the Harlem Renaissance. Nearly a century later, this singular talent is recognized as one of the most influential and revered American artists of the modern period.

Hitting a Straight Lick with a Crooked Stick is an outstanding collection of stories about love and migration, gender and class, racism and sexism that proudly reflect African American folk culture. Brought together for the first time in one volume, they include eight of Hurston’s “lost” Harlem stories, which were found in forgotten periodicals and archives. These stories challenge conceptions of Hurston as an author of rural fiction and include gems that flash with her biting, satiric humor, as well as more serious tales reflective of the cultural currents of Hurston’s world. All are timeless classics that enrich our understanding and appreciation of this exceptional writer’s voice and her contributions to America’s literary traditions. (Credit: Amistad) 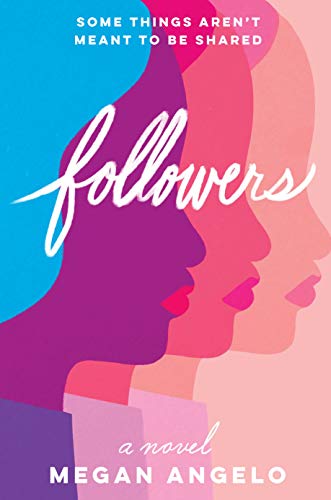 Orla Cadden dreams of literary success, but she’s stuck writing about movie-star hookups and influencer yoga moves. Orla has no idea how to change her life until her new roommate, Floss―a striving, wannabe A-lister―comes up with a plan for launching them both into the high-profile lives they so desperately crave. But it’s only when Orla and Floss abandon all pretense of ethics that social media responds with the most terrifying feedback of all: overwhelming success.

Thirty-five years later, in a closed California village where government-appointed celebrities live every moment of the day on camera, a woman named Marlow discovers a shattering secret about her past. Despite her massive popularity―twelve million loyal followers―Marlow dreams of fleeing the corporate sponsors who would do anything, even horrible things, to keep her on-screen. When she learns that her whole family history is a lie, Marlow finally summons the courage to run in search of the truth, no matter the risks.

Followers traces the paths of Orla, Floss and Marlow as they wind through time toward each other, and toward a cataclysmic event that sends America into lasting upheaval. At turns wry and tender, bleak and hopeful, this darkly funny story reminds us that even if we obsess over famous people we’ll never meet, what we really crave is genuine human connection. (Credit: Graydon House) 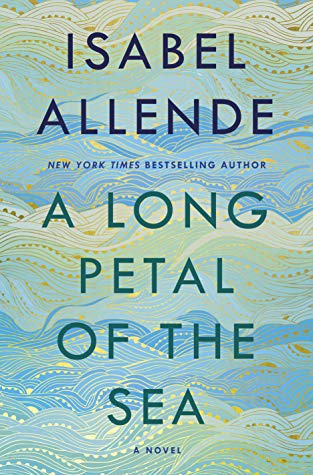 A Long Petal of the Sea by Isabel Allende

In the late 1930s, civil war gripped Spain. When General Franco and his Fascists succeed in overthrowing the government, hundreds of thousands are forced to flee in a treacherous journey over the mountains to the French border. Among them is Roser, a pregnant young widow, who finds her life irreversibly intertwined with that of Victor Dalmau, an army doctor and the brother of her deceased love. In order to survive, the two must unite in a marriage neither of them wants, and together are sponsored by poet Pablo Neruda to embark on the SS Winnipeg along with 2,200 other refugees in search of a new life. As unlikely partners, they embrace exile and emigrate to Chile as the rest of Europe erupts in World War.

Starting over on a new continent, their trials are just beginning. Over the course of their lives, they will face test after test. But they will also find joy as they wait patiently for a day when they are exiles no more, and will find friends in the most unlikely of places. Through it all, it is that hope of being reunited with their home that keeps them going. And in the end, they will find that home might have been closer than they thought all along. (Credit: Ballantine Books) 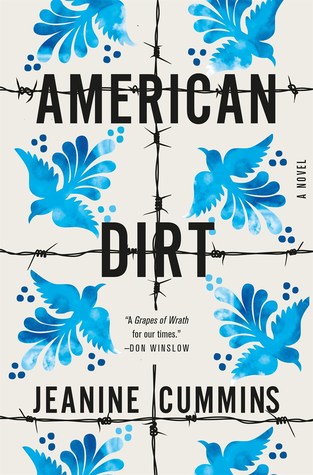 Lydia Quixano Perez lives in the Mexican city of Acapulco. She runs a bookstore. She has a son, Luca, the love of her life, and a wonderful husband who is a journalist. And while there are cracks beginning to show in Acapulco because of the drug cartels, her life is, by and large, fairly comfortable.

Even though she knows they’ll never sell, Lydia stocks some of her all-time favorite books in her store. And then one day a man enters the shop to browse and comes up to the register with four books he would like to buy–two of them her favorites. Javier is erudite. He is charming. And, unbeknownst to Lydia, he is the jefe of the newest drug cartel that has gruesomely taken over the city. When Lydia’s husband’s tell-all profile of Javier is published, none of their lives will ever be the same.

American Dirt will leave readers utterly changed. It is a page-turner; it is a literary achievement; it is filled with poignancy, drama, and humanity on every page. It is one of the most important books for our times. (Credit: Flatiron Books) 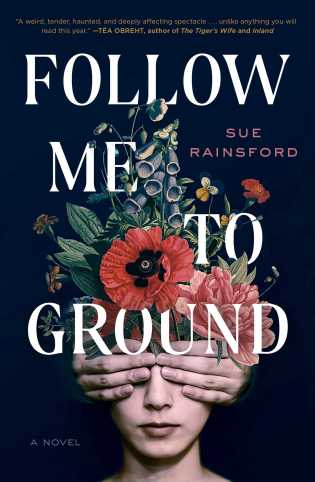 Ada and her father, touched by the power to heal illness, live on the edge of a village where they help sick locals—or “Cures”—by cracking open their damaged bodies or temporarily burying them in the reviving, dangerous Ground nearby. Ada, a being both more and less than human, is mostly uninterested in the Cures, until she meets a man named Samson. When they strike up an affair, to the displeasure of her father and Samson’s widowed, pregnant sister, Ada is torn between her old way of life and new possibilities with her lover—and eventually comes to a decision that will forever change Samson, the town, and the Ground itself.

Follow Me to Ground is fascinating and frightening, urgent and propulsive. In Ada, award-winning author Sue Rainsford has created an utterly bewitching heroine, one who challenges conventional ideas of womanhood and the secrets of the body. Slim but authoritative, Follow Me to Ground lingers long after its final page, pulling the reader into a dream between fairytale and nightmare, desire and delusion, folktale and warning. (Credit: Scribner) 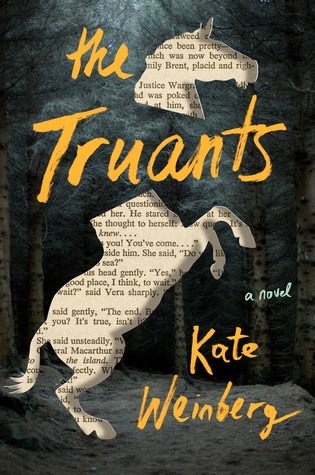 The Truants by Kate Weinberg

People disappear when they most want to be seen.

Jess Walker has come to a concrete campus under the flat grey skies of East Anglia for one reason: To be taught by the mesmerizing and rebellious Dr Lorna Clay, whose seminars soon transform Jess’s thinking on life, love, and Agatha Christie. Swept up in Lorna’s thrall, Jess falls in with a tightly-knit group of rule-breakers–Alec, a courageous South African journalist with a nihilistic streak; Georgie, a seductive, pill-popping aristocrat; and Nick, a handsome geologist with layers of his own.

But when tragedy strikes the group, Jess turns to Lorna. Together, the two seek refuge on a remote Italian island, where Jess tastes the life she’s long dreamed of–and uncovers a shocking secret that will challenge everything she’s learned. (Credit: G.P. Putnam’s Sons)

One thought on “Books to Read This Month: January Edition”