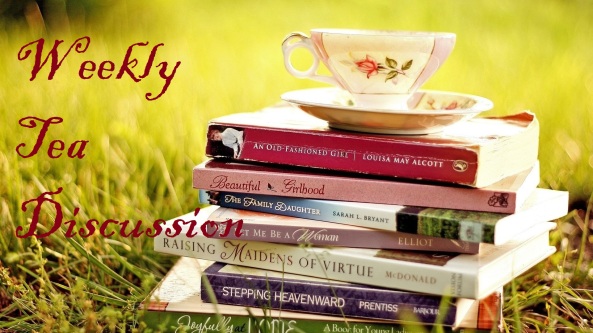 This past week, my neighborhood received some sad news. The Barnes and Noble, which is located in the Bay Plaza Shopping Center in the Co-op City section of the Bronx, will close at the end of this year.  Not only this is the only Barnes and Noble in the Bronx, but this was the LAST bookstore in the Bronx. After the announcement was made, there was outpour of nostalgia, remembering how great it was to sit  in there and read, and then anger over closing a literary institution that has been a staple in a community for over 15 years. But this is back and forth got me thinking about this week’s Weekly Tea Discussion:

Who is to blame when bookstores start closing?

Before I get into the discussion, I would like to give some background information. This has happened before. Two years ago, the developer that owns Bay Plaza, Prestige Properties stated that they would not renew Barnes and Noble’s lease. However, at the last hour, the Bronx Borough President and other council members negotiated with the Prestige to extend the lease for two more years. This was a great achievement, but it still didn’t solve the problem.

There is no denying that rent, whether it is commercial or residential, New York City is really expensive. A company like Barnes and Noble would not be able to escape from that. That is one of the reasons why Prestige Properties decided not to renew the lease, another store offered more money for the space. I have a feeling where our mind is headed. This is just a typical money hungry situation. A property developer taking advantage of a store for money.  If this was any other case, I would not blame you. When bookstores close, most of the time it is because the property developer raised the rent and will receive more money from another company. The price of money always takes a higher precedent.

But that is not the case here. Yes, Prestige Properties wanted more money for that space

(and it is a very large space) but they did not want Barnes and Noble to leave Bay Plaza, let alone the Bronx. Prestige Properties was building another mall complex, an indoor mall. Prestige offered Barnes and Noble a space in the mall. It wouldn’t be as big as the space they currently have but they still would still continue on in the Bronx. You would think a company would jump at a chance to continue their existence. Unfortunately, that is not the case here. Barnes and Noble declined the offer.

Is this Barnes and Noble’s ego getting in the way? If they chose to open in the new mall, sure, the space would have been half the size they were used to but they still would have been opened and may have received more foot traffic. But a company that built itself on being a “mega bookstore”, to open a smaller store I feel would be beneath them. Barnes and Noble had every opportunity to save this location. They could have buckled down and moved into the smaller space. They could have closed one of the many Manhattan locations and used that money to pay for the higher rent of the Bronx location. Barnes and Noble plans on opening five locations in the following year. They could either scrap that idea or decrease the amount of stores opening and again, give some to the money to the Bronx location. But alas, Barnes and Noble did not do any of these scenarios. I feel that Barnes and Noble did not real take close consideration of the situation.This was the ONLY bookstore in the Bronx. You would think they would give that some thought. Is Barnes and Noble a victim of corporate greed or are they guilty of the deed themselves?

“It is a great place to study.” “People are reading books, drinking coffee, and kids doing their homework.” “People come there to socialize and meet with other book clubs.” These were some of the responses of when people heard Barnes and Noble was closing. What was rarely heard? “I go there to buy my books.” I used to work at Barnes and Noble. Yes, people did by books. However, a huge hunk of people would just either sit in the cafe, reading or doing other work, or sitting around bookshelves socializing. These are the people who don’t purchase anything. That is why, in some locations, they had to get rid of the couches. People would treat Barnes and Noble as a glorified library space. People forget this is not a library. In order for a business to survive, you need to buy something. In the past two years, nothing changed at this Bronx location. People were still treating it as a library. With their huge educational and game section, it acted more like a playground than a bookstore. That is when I knew that the store was going to close again.

Also, technology played a factor. Now, I am not getting on my high horse and say buying books online is bad. I do it too. But, there is nothing like browsing the bookshelves for your next read. Most people, however, don’t feel that way. As consumers, we take for granted this experience. We choose convenience over loyalty and in some cases, like this one, we have ourselves to blame when bookstores start disappearing from communities. Only realize their importance when they are gone.

So whose fault is it? The property developer trying earn more money for its profits? A bookstore chain letting their ego stand in the way of being more accommodating to a community they serve? Or the consumers, for treating it like a community center other than a local business? Blame can be passed around here in this situation. But instead of passing around blame, we need to work together, to not only save this bookstore, but others like it, where literary institutions are being deprived from communities. Unfortunately, I don’t see that happening anytime soon. This was the only bookstore in the borough of the Bronx. Can any good come from this?

What do you think? Have any of you recently lost a place where you got your books (either a bookstore or a library) in your neighborhood?

7 thoughts on “Weekly Tea Discussion: Who Is Responsible For Bookstores Closing?”