Lockdown restrictions may be loosening up in different parts of the world. However, maybe you are still looking for that pick-me-up to brighten your spirits and get you excited for the warmer weather that is to come? Then make sure to add to your TBR list these side-splitting, laugh out loud literary reads that will make any uncertain future a little brighter at the end of the tunnel:

END_OF_DOCUMENT_TOKEN_TO_BE_REPLACED

Welcome to What I’ve Been Reading Lately, a feature where I’ll be giving short reviews of what I’m currently reading:

END_OF_DOCUMENT_TOKEN_TO_BE_REPLACED

October may be the perfect month to read haunting and spooky reads but that is not the only thing that can keep you entertained in this “chilling” month. This month, we book lovers are bombarded with some exciting releases yu don’t want to put down! (Particularly one new book from a favorite author in which I did not want to end❤):

END_OF_DOCUMENT_TOKEN_TO_BE_REPLACED

Fall is just around the corner…and there are exciting highly anticipated new releases that will make you excited for the cooling weather! And this month is perfect to make use of your library card (or sign up for a new one) because of National Libray Card Sign-Up Month.  From highly sought out sequel to an upcoming romance from a popular author, September will be one busy month from book lovers:

END_OF_DOCUMENT_TOKEN_TO_BE_REPLACED 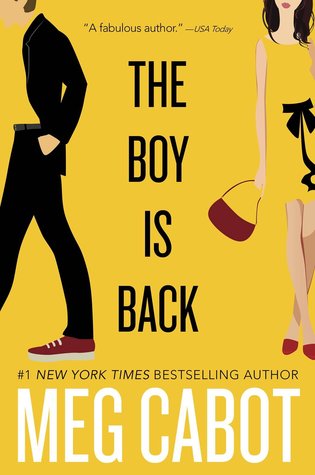 END_OF_DOCUMENT_TOKEN_TO_BE_REPLACED

This week is the start of Teen Read Week, a national literacy event created by the Young Adult Library Services Association (YALSA) that tries to encourage teens to be regular readers and library users. This year’s slogan is “Read For The Of It!”

Being a young adult librarian, I can safely say that it is difficult to get teens to read, especially in this day and age. However, I try to stress to my teens the importance of not  only reading but the importance of the library. Without all this, they wouldn’t have a place to hang out, to feel safe. Coming to the library frequently and taking advantage of all the resources the library has to offer will help them succeed later in life and I try to instill that philosophy into the teens.

(All links lead to Goodreads.com)

I always loved reading about magic and witchcraft, but this series not only creased my interest in reading that genre, but introduced me to Libba Bray who I found to be a great storyteller and never left me disappointed. She is probably one of the few YA authors I still read to this day.

2. Blue is For Nightmares Series by Laurie Faria Stolarz

Another great supernatural series! I waited in anticipation when the next one in the series would be released and I was sad when it ended. But this is a perfect example of series where it didn’t get too cheesy and knew when to end. It didn’t overdo it and that’s why I treasure this series close to my heart.

END_OF_DOCUMENT_TOKEN_TO_BE_REPLACED 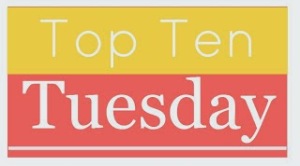 Top Ten Author Duos You’d LOVE To See Write A Book Together (aka my (Jamie’s) world would explode if Gayle Forman and Jandy Nelson wrote a book together) — might be hard to come up with 10 but still would be fun! Bonus points if you tell us what kind of book you’d like them to write!”

They both do such great emotional writing, it would just be so great to have them combined.

I know that Bronte didn’t exactly like any of Austen writings, but it would be interesting to see these great minds work together.

They both done such a great job creating worlds…why not try to write one together?

I couldn’t really think of anymore right now but maybe during day I’ll think of others.  Who would be on your list?

For Princess Mia, the past five years since college graduation have been a whirlwind of activity, what with living in New York City, running her new teen community center, being madly in love, and attending royal engagements. And speaking of engagements. Mia’s gorgeous longtime boyfriend Michael managed to clear both their schedules just long enough for an exotic (and very private) Caribbean island interlude where he popped the question! Of course Mia didn’t need to consult her diary to know that her answer was a royal oui.

But now Mia has a scandal of majestic proportions to contend with: Her grandmother’s leaked “fake” wedding plans to the press that could cause even normally calm Michael to become a runaway groom. Worse, a scheming politico is trying to force Mia’s father from the throne, all because of a royal secret that could leave Genovia without a monarch. Can Mia prove to everyone—especially herself—that she’s not only ready to wed, but ready to rule as well?”

END_OF_DOCUMENT_TOKEN_TO_BE_REPLACED

Ten Finished Series I Have YET to Finish”

I love her books but after awhile I had to stop reading these so I never finished the series. But I did buy Royal Wedding, so I’m looking forward to that!

2. Thursday Next Series by Jasper Fforde

I stopped after Lost in a Good Book but I definitely want to finish the series.

I just felt that the series went on too long. It really should have stopped after Wanted.

I think the TV show ruined it for me but I will try to finish this series. 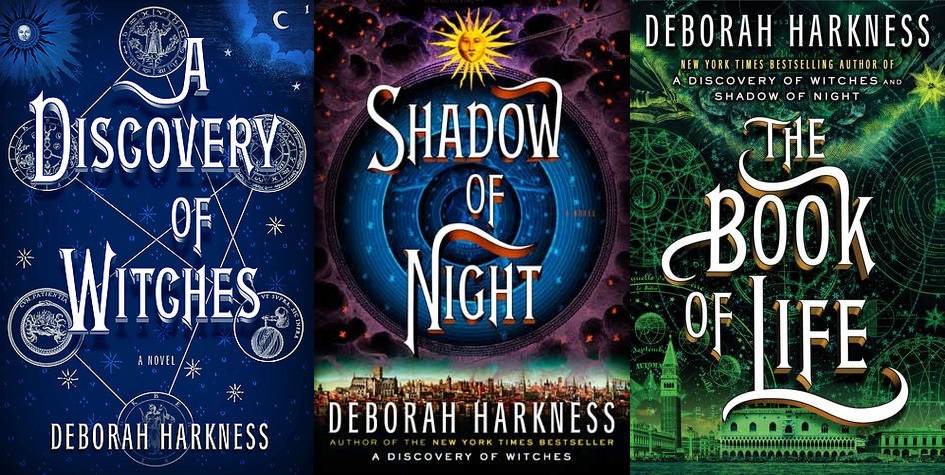 5.  All Souls Trilogy by Deborah Harkness

Only read the first one. Other books got in the way so I never got to finish the series.

END_OF_DOCUMENT_TOKEN_TO_BE_REPLACED

Girl and Boy immediately have an attraction and either start a relationship or do a dance around their feelings.

Then another Boy enters the picture.

Girl finds herself attracted and torn between her feelings for the two boys.

And we the reader have to painfully endure all of the characters go back and forth with their feelings or this three-way relationship makes a mess of both their lives and the story that is being told.

And that my fellow readers is what is called a love triangle.