Go Set A Watchman is holding on strong while Grey might be losing some momentum in the US. Here is this week’s book standings:

END_OF_DOCUMENT_TOKEN_TO_BE_REPLACED 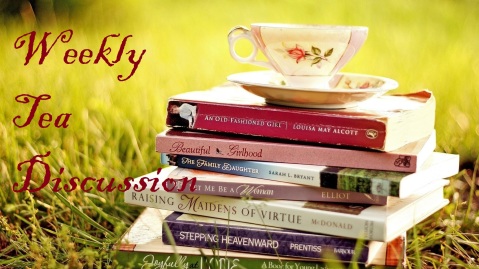 When you think of sequels, you most likely associated with movies. When a movie becomes a huge hit, either culturally or financially (mostly focused on the latter), a sequel is quickly announced. I mean, take a look at Jurassic World (which was awesome by the way). It became the 3rd top-grossing of all time and  Universal Studios announced a sequel for 2018.

But as we have seen with the parade of sequels that stroll through theaters basically every summer, they can be both a blessing and a curse. When the latter happens, it tends to ruin the elements and characteristics of the original movie. This can also be applied to books and with the recent release of Go Set  a Watchman  by Harper Lee, I thought this would be the perfect time to discuss book sequels.

END_OF_DOCUMENT_TOKEN_TO_BE_REPLACED

It doesn’t look like anyone was able to provide an updated bestselling listing for this week, especially to reflect the news of over 1 million copies sold of Go Set A Watchman this past week.

So this week, I used Waterstone’s bestselling list to reflect UK’s book charts. You’ll find a mixture of Waterstone’s links and Lovereading.co.uk’s links. Hopefully, both websites for each country will have them updated for next week.

END_OF_DOCUMENT_TOKEN_TO_BE_REPLACED

We’re only 4 days away from the highly anticipated new release of Go Set A Watchman, the latest novel by Harper Lee after more than 60 years. But today, HarperCollins released an exclusive extract of the first chapter! And if audiobooks are your thing, an audio file, narrated by the actress Reese Witherspoon, was released as well. Here is a snippet to get you started:

Since Atlanta, she had looked out the dining-car window with a delight almost physical. Over her breakfast coffee, she watched the last of Georgia’s hills recede and the red earth appear, and with it tin-roofed houses set in the middle of swept yards, and in the yards the inevitable verbena grew, surrounded by whitewashed tires. She grinned when she saw her first TV antenna atop an unpainted Negro house; as they multiplied, her joy rose.

Jean Louise Finch always made this journey by air, but she decided to go by train from New York to Maycomb Junction on her fifth annual trip home. For one thing, she had the life scared out of her the last time she was on a plane: the pilot elected to fly through a tornado. For another thing, flying home meant her father rising at three in the morning, driving a hundred miles to meet her in Mobile, and doing a full day’s work afterwards: he was seventy-two now and this was no longer fair.”

I liking what I’m reading so far but of course I need to read more to form a better opinion. I need to brush up on To Kill a Mockingbird.

To read the entire chapter, you can find it here.