END_OF_DOCUMENT_TOKEN_TO_BE_REPLACED

Jane Mount, artist and owner of My Ideal Bookshelf has created a fun family project that people can do since they are stuck at home. END_OF_DOCUMENT_TOKEN_TO_BE_REPLACED

Welcome to National Library Week, an annual event that exemplifies the daily contributions our nation’s libraries and librarians give everyday. As a librarian, I everyday see the benefits and the resources that libraries provide to their communities. And especially now, with the world the way it is, we need libraries more than ever. The theme for this year is “Libraries Lead”. Keeping with this theme, we ask our patrons how the libraries has led them to a valuable aspect in their lives. We are there for you and right now, we need you to be there for us. Funding for libraries may have increased, but that does not change the threat we still under. That is why this week is a great way to show the importance of libraries and why they need to be celebrated. Here are some ways you can help celebrate this week: END_OF_DOCUMENT_TOKEN_TO_BE_REPLACED

Art is meant for all. Apparently, the Met Museum did not get the memo.

The Metropolitan Museum of Art, located in New York City, will be partially breaking with its “pay-what-you-wish” policy. For the first time in half a century, the Museum will charge visitors a mandatory $25 admission fee. If you are a New York State Resident, you will not be required to pay the fee. The new policy will go into effect on March 1.

END_OF_DOCUMENT_TOKEN_TO_BE_REPLACED

Fall is here! I love Autumn. The brisk air, the beautiful colors…there are just so many things to love about the fall. There is just something about the season that brings a new change in all of us. And with new change, comes with new activities. Looking for ways to celebrate this yummy season? Keep yourself busy with these great fall activities:

There is nothing better than rejuvenating the soul by taking a walk outdoors. Enjoy the beautiful colors and take in the breathtaking scenery. The temperatures are cooler so walks will be more enjoyable!

END_OF_DOCUMENT_TOKEN_TO_BE_REPLACED

Everyday life can get overwhelming and stressful at times. This is a common emotion that happens to people most of the time. But there are some, including myself, that suffers extreme bouts of extreme emotions of stress and panic attacks that can crumple them emotionally and physically. This is an anxiety disorder that I have been dealing with since I was young. Anxiety is not something that goes away but it is an emotion that can be maintained and controlled. When I get high anxiety, there are some useful methods that cal me down and I would like to share with you, especially for those book lovers who needs new ways to relax:dies 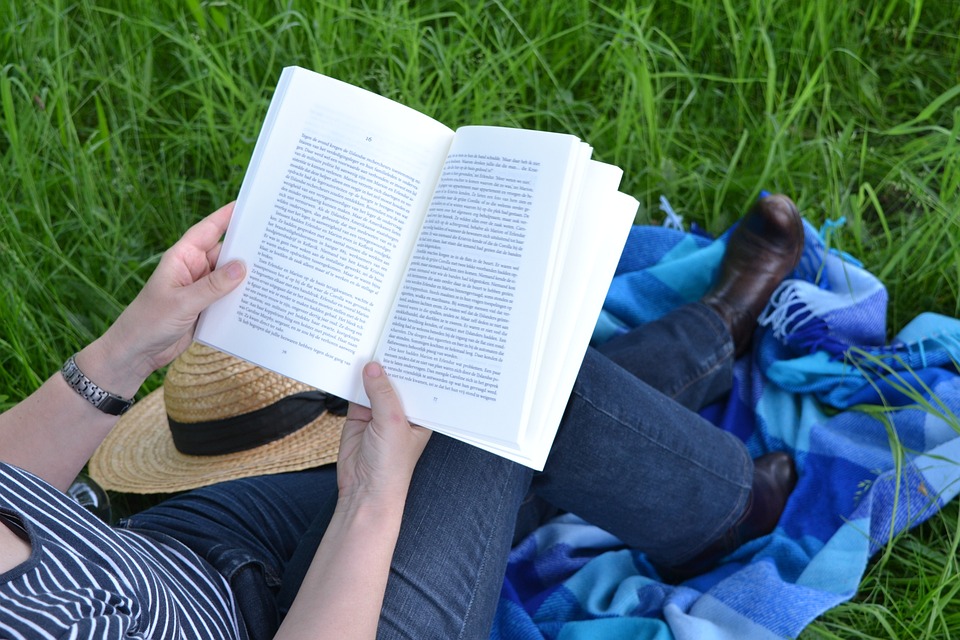 1. Reading – This an obvious activity. Studies have shown that reading relaxes the mind. So this a top activity to do relieve anxiety. But for the times when your anxiety reaches a high point, what I suggest is to read in a quiet place, like a nice isolated sport in a park or a quiet room in your house. Try not to read on the train or the bus (especially if you live in a big city like I do. Having peace and quiet on public transportation will be difficult). Keep your phone and computer away from you. Take that time to take a break from technology. If you like having music while reading, I advise classical music. The soothing, calming music will be relaxing.

END_OF_DOCUMENT_TOKEN_TO_BE_REPLACED

Not only am I a fan of British Literature, I am a huge fan of British TV shows. I always take the chance to watch (or rewatch) any shows that come from across the pond. That’s why I was ecstatic when I found about BritBox, a new streaming venture, created by the BBC and ITV, that consists of a large catalog of TV shows from these networks for US customers. For $6.99 a month, you’ll be able to watch classic episodes like Doctor Who and Fawlty Towers and modern/current episodes like EastEnders and Coronation Street. You will find hours of entertainment with this great streaming service!

And BritBox even has something for book lovers! Their video library consists of great TV shows that were adapted from books. Because honestly, who does a great literary adaptation, other than the British? Here are some great examples:

END_OF_DOCUMENT_TOKEN_TO_BE_REPLACED

Two days ago, President Trump announced a proposal budget that would cut funding to arts and education programs. This would propel the elimination of four independent cultural agencies – the National Endowment for Arts (NEA), the National Endowment for the Humanities (NEH), the Institute of Museum and Library Science, the Corporation for Public Broadcasting, which supports public television and radio such as PBS and NPR. While these and other vital organizations are forced with devastating proposed cuts, it didn’t stop the Department of Defense, Homeland Security, and Veteran Affairs receive an increase in their funding.

I have nothing against veterans. I strongly believe those who fight for our country should receive funding that will give them the support they need. But more money going towards basically war and violence is an atrocity and this is coming from a man who most likely wouldn’t know a piece of art or an open book if it was literally right in front of him. Unfortunately, this was bound to happen here in America. We as a country place anything ahead of the value if the arts and education. The arts always plays last fiddle to anything, whether it is technology, politics, or security. Which leads me to ask the question: why are people so afraid of the arts?