Hey there everyone! My name is Joe Pascullo, and I am a guest writer today on my pal Tabrizia’s blog! I’m a young adult librarian at the Grand Central branch of the New York Public Library. And when I’m not there, I help out with the non-profit organization Pop Culture Classroom’s Excellence in Graphic Literature Awards, as well as host the 2020-established podcast, Manga Monthly!

There are plenty of fantastic and memorable characters all throughout manga, and not all of them are male! Tabrizia asked me, in honor of March being Women’s History Month, if I could write a post highlighting some of the awesome female characters that’ve endeared themselves to us in manga. I told her I’d be more than happy to do so, so here I am! So without further ado, I bring to you 10 amazing female protagonists in manga!

1. Alita of Battle Angel Alita – With lists like there, it’s inevitable certain characters who qualify will get left off in the end, but I definitely wanted to make sure Alita got her due. There’s just no shortage of things the cyborg Alita can do. She’s a strong hunter-warrior who you don’t want to tangle with. She’s a skilled athlete, competing in the dangerous sport of Motorball. She even spends some time working for the Ground Investigation Bureau’s elite force division, TUNED. About as cool a cyborg as you’re going to find out there!

2. Major Motoko Kusanagi of Ghost In The Shell – From one cyborg to another, it would be awesome to see who’d come out on top in a skirmish between Alita and the Major. Plying her trade for Lieutenant Colonel Aramaki’s Public Security Section 9, there’s no shortage of abilities the Major has up her sleeve. She’s smart as a whip when it comes to solving mysteries, as tough as they come physically, and her hacking skills come in incredibly handy when enforcing the law in the world of Ghost In The Shell, a world that’s ripe with cybercriminals. An MVP in the annals of manga if there ever was one.

3. Erina Nakiri of Food Wars – Let’s move away from cyborgs now, and get back to the real world. And by real world, I’m talking about the zany one provided to us in Food Wars’ Totsuki Culinary Academy. There, you’ll find the high and mighty teenager Erina Nakiri. Her word is gospel in the food world; her palate is regarded as a superhuman ability, and chefs from all over the earth request an audience with her to hear her assessment of their creations. Erina is certainly someone who is tough to get close to with her sorta’ snooty personality, but as the story progresses, you’ll find she truly does have the best interests of the Institute (and her classmates) at heart. 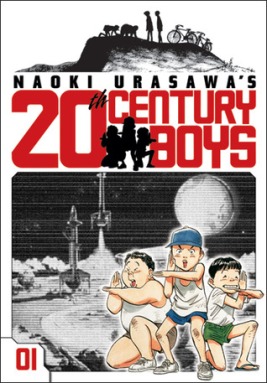 4. Kanna Endo of 20th Century Boys – Personal favorite of mine right here! 20th Century Boys is an amazingly well-thought-out story that will take you on a ride you’ll never forget. One of the story’s protagonists, the young Kanna Endo, is as tenacious and gritty a character as you’ll find. Without any family members to lean on, Kanna does her best to rely on nobody but herself. When it seems that the story’s antagonistic Friendship Democratic Party is going to be the end of humanity as we know it, Kanna rises up and leads a rebel faction with some of her uncle’s old pals to defend mankind! A truly commendable manga character! 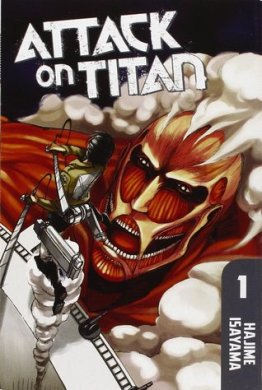 5. Mikasa Ackerman of Attack on Titan – Like Kanna proved in the prior entry, not all heroes wear capes. Well…some definitely do. Like Attack on Titan’s resident toughgal Mikasa! With her cape fluttering around while airborne via her vertical maneuvering equipment, Mikasa is hands down the best soldier the Survey Corps boasts. And considering her past, with both her parents being murdered by human traffickers, the fact that Mikasa has excelled as she has, proves she is not only physically tough, but tough from both an emotional and mental standpoint as well.

6. Momo Yaoyorozu of My Hero Academia – Hey, if you’re not yet reading one of manga’s hottest titles My Hero Academia, it’s never too late to start! There are so many great reasons to dive in, and Momo is absolutely one of them! She’s Class 1A’s vice representative, and boasts tons of great personality traits that make her a role model to readers everywhere. Never one to fold or tense up in the face of danger, she genuinely cares for the rest of her classmates and fellow heroes-in-training at U.A. High School, and will never put herself first if it means she can assist them in bringing out the best in themselves.

7. Coco of Witch Hat Atelier – How resilient a character is Coco you ask? Well, pretty darn resilient considering the fact she illegally used magic, turned her mother into crystal, and now will stop at nothing in order to get her back! As if she’s the female Harry Potter, Coco has always dreamed of a better life for her and her mother. And when she finds out she’s a witch qualified to study at an atelier run by a professor who is a former disciple of the world’s “Sage of Instruction”, Coco jumps at the chance! And Coco is going to need all of the spunk and perseverance she can muster if she wants to revive her mother, deal with uncooperative classmates, and deal with a sinister-looking witch who is targeting Coco for some reason. She’s got a lot on her plate, but she’s absolutely adamant enough to buck the odds! 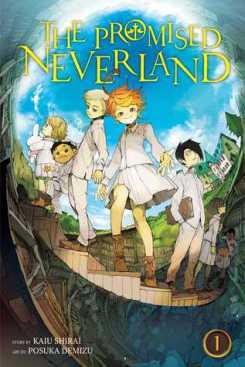 8. Emma of The Promised Neverland – Everything seems peachy keen in the beginning of The Promised Neverland, with Emma growing up in Grace Field House surrounded by fun and friends. That is…until she finds out they’re all just being raised as livestock to be eaten by the demons who really run things! Now it’s up to the children to revolt and escape, and Emma’s the perfect person to lead the charge. As optimistic as they make them, Emma’s love for life and her friends is just too long to be measured. She’s as sharp as a tack, can wiggle out of any tough situation her and her crew find themselves in, and doesn’t have a panicky bone in her body. Hey, if I found myself in a jam, Emma would be the one I’d want on my team! In Emma We Trust! 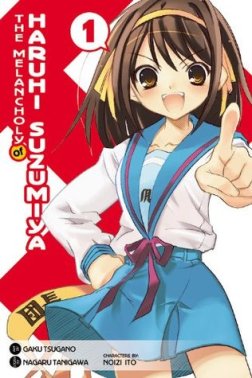 9. Haruhi Suzumiya of The Melancholy of Haruhi Suzumiya – Ahhhh, it’s that crazy Haruhi Suzumiya! If there was anyone who without a doubt marches to the beat of their own drum, she’d be it! Haruhi is disillusioned with her high school’s seemingly boring lineup of clubs, and decides to form her own. Calling it the S.O.S. Brigade, she stands up in front of her entire class announcing, “If there are any aliens, time travelers, sliders, or espers here, come join me!” Sure enough, they do join her, and have some interesting times exploring potential paranormal activity. Haruhi’s a bundle of energy, a real livewire who, unbeknownst to her, possesses the ability to alter reality as she wants it to be. One of manga’s most memorable characters due to her neverending liveliness and spirit! 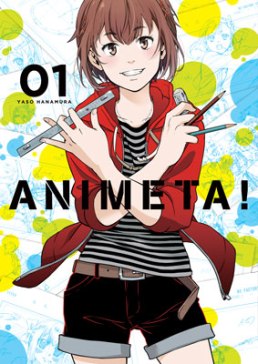 10. Miyuki Sanada of Animeta! – And let’s be honest, sometimes you just have to admire a character who finds herself behind the 8 ball at her job everyday, yet still finds the will and determination to get out of bed each morning to keep at it. That’s certainly the situation Miyuki Sanada finds herself in, as a huge anime fan who finds herself working her dream job as an animator in Asagaya, Tokyo. However it’s not all she thought it would be. With incredibly difficult work coupled with tough, strict superiors, Miyuki finds herself many times wondering if she can truly live out her dream. And she doesn’t quit, and always refuses to give up. With manga being full of fantastical and outlandish worlds and characters, maybe Miyuki can serve us as a reminder that just giving it your all everyday when times seem hard is something we can all applaud. A true warrior in my eyes!

One thought on “10 Amazing Female Protagonists In Manga!”