Today is Jane Austen! And in the next year, we have exciting things, from books to adaptations to look forward to. So if you are an Austen fan like me, 2020 will be busy with everything Jane Austen! 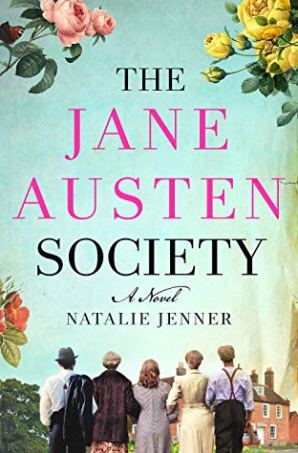 Just after the Second World War, in the small English village of Chawton, an unusual but like-minded group of people band together to attempt something remarkable.

One hundred and fifty years ago, Chawton was the final home of Jane Austen, one of England’s finest novelists. Now it’s home to a few distant relatives and their diminishing estate. With the last bit of Austen’s legacy threatened, a group of disparate individuals come together to preserve both Jane Austen’s home and her legacy. These people—a laborer, a young widow, the local doctor, and a movie star, among others—could not be more different and yet they are united in their love for the works and words of Austen. As each of them endures their own quiet struggle with loss and trauma, some from the recent war, others from more distant tragedies, they rally together to create the Jane Austen Society.

A powerful and moving novel that explores the tragedies and triumphs of life, both large and small, and the universal humanity in us all, The Jane Austen Society is destined to resonate with readers for years to come. (Credit: St. Martin’s Press)

England, 1840. For the two decades following the death of her beloved sister, Jane, Cassandra Austen has lived alone, spending her days visiting friends and relations and quietly, purposefully working to preserve her sister’s reputation. Now in her sixties and increasingly frail, Cassandra goes to stay with the Fowles of Kintbury, family of her long-dead fiancé, in search of a trove of Jane’s letters. Dodging her hostess and a meddlesome housemaid, Cassandra eventually hunts down the letters and confronts the secrets they hold, secrets not only about Jane but about Cassandra herself. Will Cassandra bare the most private details of her life to the world, or commit her sister’s legacy to the flames?

Moving back and forth between the vicarage and Cassandra’s vibrant memories of her years with Jane, interwoven with Jane’s brilliantly reimagined lost letters, Miss Austen is the untold story of the most important person in Jane’s life. With extraordinary empathy, emotional complexity, and wit, Gill Hornby finally gives Cassandra her due, bringing to life a woman as captivating as any Austen heroine. (Credit: Flatiron Books)

The Other Bennet Sister by Janice Hadlow

Mary, the bookish ugly duckling of Pride and Prejudice’s five Bennet sisters, emerges from the shadows and transforms into a desired woman with choices of her own.

What if Mary Bennet’s life took a different path from that laid out for her in Pride and Prejudice? What if the frustrated intellectual of the Bennet family, the marginalized middle daughter, the plain girl who takes refuge in her books, eventually found the fulfillment enjoyed by her prettier, more confident sisters? This is the plot of The Other Bennet Sister, a debut novel with exactly the affection and authority to satisfy Austen fans.

Ultimately, Mary’s journey is like that taken by every Austen heroine. She learns that she can only expect joy when she has accepted who she really is. She must throw off the false expectations and wrong ideas that have combined to obscure her true nature and prevented her from what makes her happy. Only when she undergoes this evolution does she have a chance at finding fulfillment; only then does she have the clarity to recognize her partner when he presents himself—and only at that moment is she genuinely worthy of love.

Mary’s destiny diverges from that of her sisters. It does not involve broad acres or landed gentry. But it does include a man; and, as in all Austen novels, Mary must decide whether he is the truly the one for her. In The Other Bennet Sister, Mary is a fully rounded character—complex, conflicted, and often uncertain; but also vulnerable, supremely sympathetic, and ultimately the protagonist of an uncommonly satisfying debut novel. (Credit: Henry Holt and Co.)

The Austen Girls by Lucy Worsley

By turns thrilling, dramatic and inspiring, this is the story of Jane Austen’s life as you’ve never heard it before. It is 1809 and Fanny and Anna have just been launched on to the ruthless Regency marriage market by Fanny’s mother (think Mrs Bennet). But luckily their mysteriously wealthy Aunt Jane is there to guide them and help them make better choices – i.e. don’t get married at all! Jane plays detective to help them rescue a falsely accused friend from being transported to Australia, while Anna impetuously makes and breaks an engagement. Fanny is forced to leave the marriage market when her mother dies and she has to look after ten siblings. She learns the secret of Jane’s wealth and self-possession (she is, of course, a writer) and decides to follow in her footsteps. (Credit: Bloomsbury) 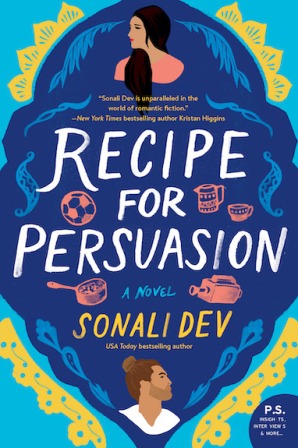 Recipe for Persuasion by Sonali Dev

Chef Ashna Raje desperately needs a new strategy. How else can she save her beloved restaurant and prove to her estranged, overachieving mother that she isn’t a complete screw up? When she’s asked to join the cast of Cooking with the Stars, the latest hit reality show teaming chefs with celebrities, it seems like just the leap of faith she needs to put her restaurant back on the map. She’s a chef, what’s the worst that could happen?

Being paired with a celebrity who was her first love, the man who ghosted her at the worst possible time in her life, only proves what Ashna has always believed: leaps of faith are a recipe for disaster.

FIFA winning soccer star Rico Silva isn’t too happy to be paired up with Ashna either. Losing Ashna years ago almost destroyed him. The only silver lining to this bizarre situation is that he can finally prove to Ashna that he’s definitely over her.

But when their catastrophic first meeting goes viral, social media becomes obsessed with their chemistry. The competition on the show is fierce…and so is the simmering desire between Ashna and Rico. Every minute they spend together rekindles feelings that pull them toward their disastrous past. Will letting go again be another recipe for heartbreak—or a recipe for persuasion…?

In Recipe for Persuasion, Sonali Dev once again takes readers on an unforgettable adventure in this fresh, fun, and enchanting romantic comedy. (Credit: William Morrow Paperbacks)