October may be the perfect month to read haunting and spooky reads but that is not the only thing that can keep you entertained in this “chilling” month. This month, we book lovers are bombarded with some exciting releases yu don’t want to put down! (Particularly one new book from a favorite author in which I did not want to end❤):

The Fountains of Silence by Ruta Sepetys

Master storyteller Ruta Sepetys once again shines light into one of history’s darkest corners in this epic, heart-wrenching novel about identity, unforgettable love, repercussions of war, and the hidden violence of silence–inspired by the true post-war struggles of Spain. (Credit: Philomel Books)
This was truly one remarkable read! This is the perfect reason why I love historical fiction so much. Not only did I find myself drawn into a world full of compelling storytelling, I also discovered a part of history that I had no idea had happened. Learning about the Franco regime made this book more real and haunting for me to read. Through Sepetys writing, I felt I was in Spain and I was enamored in each of the character’s stories. The writing was just so amazing and the story so engaging that I have a hard time believing this is YA book. I was hooked from beginning to end. If you are a lover of historical fiction then this is the book for you!

Single mother Kate Reese is on the run. Determined to improve life for her and her son, Christopher, she flees an abusive relationship in the middle of the night with Christopher at her side. Together, they find themselves drawn to the tight-knit community of Mill Grove, Pennsylvania. It’s as far off the beaten track as they can get. Just one highway in, one highway out.

At first, it seems like the perfect place to finally settle down. Then Christopher vanishes. For six awful days, no one can find him. Until Christopher emerges from the woods at the edge of town, unharmed but not unchanged. He returns with a voice in his head only he can hear, with a mission only he can complete: Build a tree house in the woods by Christmas, or his mother and everyone in the town will never be the same again. (Credit: Grand Central Publishing)

Soon Kate and Christopher find themselves in the fight of their lives, caught in the middle of a war playing out between good and evil, with their small town as the battleground.

The Secret Commonwealth by Philip Pullman

The second volume of Sir Philip Pullman’s The Book of Dust sees Lyra, now twenty years old, and her daemon Pantalaimon, forced to navigate their relationship in a way they could never have imagined, and drawn into the complex and dangerous factions of a world that they had no idea existed.

Pulled along on his own journey too is Malcolm; once a boy with a boat and a mission to save a baby from the flood, now a man with a strong sense of duty and a desire to do what is right.

Theirs is a world at once familiar and extraordinary, and they must travel far beyond the edges of Oxford, across Europe and into Asia, in search for what is lost – a city haunted by daemons, a secret at the heart of a desert, and the mystery of the elusive Dust. (Credit: Alfred A. Knopf Books for Young Readers)

Thirteen Doorways, Wolves Behind Them All by Laura Ruby

When Frankie’s mother died and her father left her and her siblings at an orphanage in Chicago, it was supposed to be only temporary—just long enough for him to get back on his feet and be able to provide for them once again. That’s why Frankie’s not prepared for the day that he arrives for his weekend visit with a new woman on his arm and out-of-state train tickets in his pocket.

Now Frankie and her sister, Toni, are abandoned alongside so many other orphans—two young, unwanted women doing everything they can to survive.

And as the embers of the Great Depression are kindled into the fires of World War II, and the shadows of injustice, poverty, and death walk the streets in broad daylight, it will be up to Frankie to find something worth holding on to in the ruins of this shattered America—every minute of every day spent wondering if the life she’s able to carve out will be enough. (Credit: Balzer + Bray)

The M Word by Brian Conaghan

Maggie Yates talks to her best friend Moya every day.

Moya is with her every step of the way. You’re surfing a rainbow if you think someone like that exists round here, she smiles. But I’ll help.

But at the back of her mind Maggie knows that Mum’s crying is more than sadness. That there are no easy fixes. And that Moya’s not really there. Because though she talks to her every day, Moya died months ago … (Credit: Bloomsbury YA)

The country of Arketta calls them Good Luck Girls–they know their luck is anything but. Sold to a “welcome house” as children and branded with cursed markings. Trapped in a life they would never have chosen.

When Clementine accidentally murders a man, the girls risk a dangerous escape and harrowing journey to find freedom, justice, and revenge in a country that wants them to have none of those things. Pursued by Arketta’s most vicious and powerful forces, both human and inhuman, their only hope lies in a bedtime story passed from one Good Luck Girl to another, a story that only the youngest or most desperate would ever believe.

It’s going to take more than luck for them all to survive. (Credit: Tor Teen)

🌟Favorite of the Month!🌟 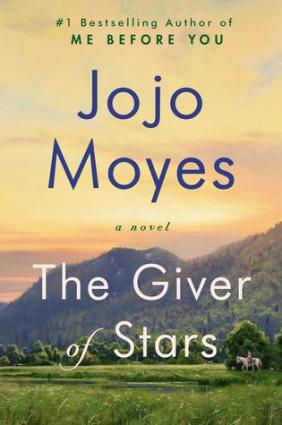 The Giver of Stars by Jojo Moyes

Based on a true story rooted in America’s past, the storytelling itself here is enthralling–the pages fly, and the book is unparalleled in its scope and its epic breadth. Funny, heartbreaking, and rewarding, it is a rich novel of women’s friendship, of true love, and of what happens when we reach beyond our grasp for the great beyond. (Pamela Dorman Books)

Amazing! Jojo Moyes has done it again! She has brought us a new tale about hope, love, perseverance and love of reading and books. I felt like I was really in the story, a true gift that only Moyes has. It was both uplifting and compelling at the same time. I was in a bit of a reading slump and this book brought back my faith in the joy of reading! I loved every minute of this book. I didn’t want it to end! The characters felt so real to me, like they were part of me. Now I want to learn more about the WPA’s Horseback Librarian program. It was just so fascinating to read about that. Please, please read this one! If you are a fan of Jojo Moyes’ work, this one will not disappoint!

Galaxy “Alex” Stern is the most unlikely member of Yale’s freshman class. Raised in the Los Angeles hinterlands by a hippie mom, Alex dropped out of school early and into a world of shady drug dealer boyfriends, dead-end jobs, and much, much worse. By age twenty, in fact, she is the sole survivor of a horrific, unsolved multiple homicide. Some might say she’s thrown her life away. But at her hospital bed, Alex is offered a second chance: to attend one of the world’s most elite universities on a full ride. What’s the catch, and why her?

Still searching for answers to this herself, Alex arrives in New Haven tasked by her mysterious benefactors with monitoring the activities of Yale’s secret societies. These eight windowless “tombs” are well-known to be haunts of the future rich and powerful, from high-ranking politicos to Wall Street and Hollywood’s biggest players. But their occult activities are revealed to be more sinister and more extraordinary than any paranoid imagination might conceive. (Credit: Flatiron Books)

Zadie Smith has established herself as one of the most iconic, critically-respected, and popular writers of her generation. In her first short story collection, she combines her power of observation and inimitable voice to mine the fraught and complex experience of life in the modern world. With ten extraordinary new stories complemented by a selection of her most lauded pieces for The New Yorker, The Paris Review, and Granta, GRAND UNION explores a wide range of subjects, from first loves to cultural despair, as well as the desire to be the subject of your own experience. In captivating prose, she contends with race, class, relationships, and gender roles in a world that feels increasingly divided.

Nothing is off limits, and everything–when captured by Smith’s brilliant gaze–feels fresh and relevant. Perfectly paced, and utterly original, GRAND UNION highlights the wonders Zadie Smith can do. (Credit: Penguin Press) 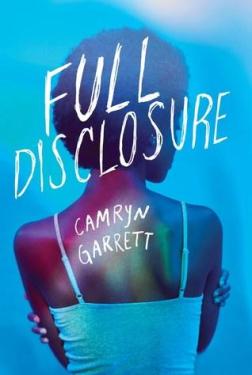 Simone Garcia-Hampton is starting over at a new school, and this time things will be different. She’s making real friends, making a name for herself as student director of Rent, and making a play for Miles, the guy who makes her melt every time he walks into a room. The last thing she wants is for word to get out that she’s HIV-positive, because last time . . . well, last time things got ugly.

Keeping her viral load under control is easy, but keeping her diagnosis under wraps is not so simple. As Simone and Miles start going out for real–shy kisses escalating into much more–she feels an uneasiness that goes beyond butterflies. She knows she has to tell him that she’s positive, especially if sex is a possibility, but she’s terrified of how he’ll react! And then she finds an anonymous note in her locker: I know you have HIV. You have until Thanksgiving to stop hanging out with Miles. Or everyone else will know too.

Simone’s first instinct is to protect her secret at all costs, but as she gains a deeper understanding of the prejudice and fear in her community, she begins to wonder if the only way to rise above is to face the haters head-on… (Credit: Knopf Books for Young Readers)

Thirteen-year-old Dinah Lance knows exactly what she wants, who she is, and where she’s going. First, she’ll win the battle of the bands with her two best friends, then she’ll join the Gotham City Junior Police Academy so she can solve crimes just like her dad. Who knows, her rock star group of friends may even save the world, but first they’ll need to agree on a band name.

When a mysterious figure keeps getting in the way of Dinah’s goals and threatens her friends and family, she’ll learn more about herself, her mother’s secret past, and navigating the various power chords of life. (Credit: DC Zoom)