The UK bookseller, Waterstones, has just announced the 2019 winners of their Children’s Book Prize. Celebrating their 15th anniversary this year, this award, which is chosen by Waterstones’ booksellers, honors emerging writers of exceptional talent and are blooming in the children’s writing industry.

Here are the winners: 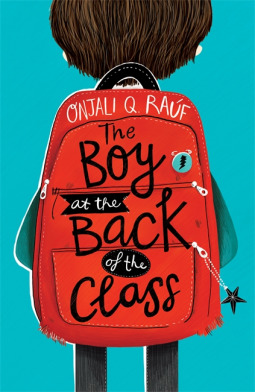 The Boy At the Back of the Class by Onjali Q. Rauf

There used to be an empty chair at the back of my class, but now a new boy called Ahmet is sitting in it.

He’s eight years old (just like me), but he’s very strange. He never talks and never smiles and doesn’t like sweets – not even lemon sherbets, which are my favourite!

But the truth is, Ahmet really isn’t very strange at all. He’s a refugee who’s run away from a War. A real one. With bombs and fires and bullies that hurt people. And the more I find out about him, the more I want to be his friend.

That’s where my best friends Josie, Michael and Tom come in. Because you see, together we’ve come up with a plan. (Credit: Hachette Children’s Group)

The Girls by Lauren Ace and illustrated by Jenny Løvlie

Four little girls meet under an apple tree and form a bond that grows as they share secrets, dreams, worries and schemes. This beautifully illustrated tale charts the girls’ lives through ups and downs and laughter and tears. Find out how their friendship flourishes as the years pass by and the girls become women. (Credit: Caterpillar Books)

Winner of the Older Fiction Category

Children of Blood and Bone by Tomi Adeyemi

They killed my mother.
They took our magic.
They tried to bury us.

But everything changed the night magic disappeared. Under the orders of a ruthless king, maji were killed, leaving Zélie without a mother and her people without hope.

Now Zélie has one chance to bring back magic and strike against the monarchy. With the help of a rogue princess, Zélie must outwit and outrun the crown prince, who is hell-bent on eradicating magic for good.

Danger lurks in Orïsha, where snow leoponaires prowl and vengeful spirits wait in the waters. Yet the greatest danger may be Zélie herself as she struggles to control her powers and her growing feelings for an enemy. (Credit: Henry Holt Books for Young Readers)