As we swing into July, summer reading can finally commence! Here are some great new releases that you want to make sure that you have in your beach bag: 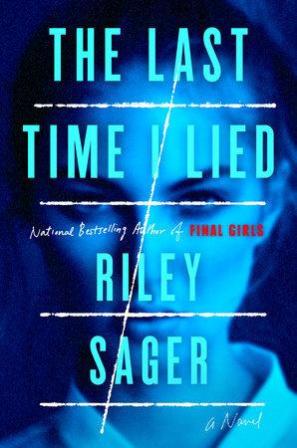 The Last Time I Lied by Riley Sager

Two Truths and a Lie. The girls played it all the time in their tiny cabin at Camp Nightingale. Vivian, Natalie, Allison, and first-time camper Emma Davis, the youngest of the group. The games ended when Emma sleepily watched the others sneak out of the cabin in the dead of night. The last she–or anyone–saw of them was Vivian closing the cabin door behind her, hushing Emma with a finger pressed to her lips.

Now a rising star in the New York art scene, Emma turns her past into paintings–massive canvases filled with dark leaves and gnarled branches that cover ghostly shapes in white dresses. The paintings catch the attention of Francesca Harris-White, the socialite and wealthy owner of Camp Nightingale. When Francesca implores her to return to the newly reopened camp as a painting instructor, Emma sees an opportunity to try to find out what really happened to her friends.

Yet it’s immediately clear that all is not right at Camp Nightingale. Already haunted by memories from fifteen years ago, Emma discovers a security camera pointed directly at her cabin, mounting mistrust from Francesca and, most disturbing of all, cryptic clues Vivian left behind about the camp’s twisted origins. As she digs deeper, Emma finds herself sorting through lies from the past while facing threats from both man and nature in the present. And the closer she gets to the truth about Camp Nightingale, the more she realizes it may come at a deadly price. (Credit: Dutton)

My Year of Rest and Relaxation by Ottessa Moshfegh

Our narrator should be happy, shouldn’t she? She’s young, thin, pretty, a recent Columbia graduate, works an easy job at a hip art gallery, lives in an apartment on the Upper East Side of Manhattan paid for, like the rest of her needs, by her inheritance. But there is a dark and vacuous hole in her heart, and it isn’t just the loss of her parents, or the way her Wall Street boyfriend treats her, or her sadomasochistic relationship with her best friend, Reva. It’s the year 2000 in a city aglitter with wealth and possibility; what could be so terribly wrong? (Credit: Penguin Books

New Poets of Native Nations gathers poets of diverse ages, styles, languages, and tribal affiliations to present the extraordinary range and power of new Native poetry. Heid E. Erdrich has selected twenty-one poets whose first books were published after the year 2000 to highlight the exciting works coming up after Joy Harjo and Sherman Alexie. Collected here are poems of great breadth―long narratives, political outcries, experimental works, and traditional lyrics―and the result is an essential anthology of some of the best poets writing now. (Credit: Graywolf Press)

All These Beautiful Strangers by Elizabeth Klehfoth

In the last day of summer, Grace Fairchild, the beautiful young wife of real estate mogul Allister Calloway, vanished from the family’s lake house without a trace, leaving behind her seven-year old daughter, Charlie, and a slew of unanswered questions.

Years later, seventeen-year-old Charlie still struggles with the dark legacy of her family name and the mystery surrounding her mother. Determined to finally let go of the past, she throws herself into life at Knollwood, the prestigious New England school she attends. Charlie quickly becomes friends with Knollwood’s “it” crowd.

Charlie has also been tapped by the A’s—the school’s elite secret society well known for terrorizing the faculty, administration, and their enemies. To become a member of the A’s, Charlie must play The Game, a semester-long, diabolical high-stakes scavenger hunt that will jeopardize her friendships, her reputation, even her place at Knollwood.

As the dark events of past and present converge, Charlie begins to fear that she may not survive the terrible truth about her family, her school, and her own life. (Credit: William Morrow)

The Subway Girls is the charming story of two strong women, a generation apart, who find themselves up against the same eternal struggle to find an impossible balance between love, happiness, and ambition. (Credit: St. Martin’s Griffin) 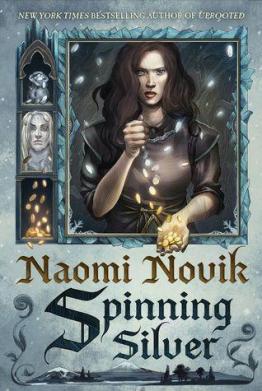 Miryem is the daughter and granddaughter of moneylenders… but her father isn’t a very good one. Free to lend and reluctant to collect, he has loaned out most of his wife’s dowry and left the family on the edge of poverty–until Miryem steps in. Hardening her heart against her fellow villagers’ pleas, she sets out to collect what is owed–and finds herself more than up to the task. When her grandfather loans her a pouch of silver pennies, she brings it back full of gold.

But having the reputation of being able to change silver to gold can be more trouble than it’s worth–especially when her fate becomes tangled with the cold creatures that haunt the wood, and whose king has learned of her reputation and wants to exploit it for reasons Miryem cannot understand.

She’s the sweet-but-silent angel in the adoring eyes of her Daddy. He’s the only person who understands her, and all Hanna wants is to live happily ever after with him. But Mommy stands in her way, and she’ll try any trick she can think of to get rid of her. Ideally for good.

She loves her daughter, really, but after years of expulsions and strained home schooling, her precarious health and sanity are weakening day by day. As Hanna’s tricks become increasingly sophisticated, and Suzette’s husband remains blind to the failing family dynamics, Suzette starts to fear that there’s something seriously wrong, and that maybe home isn’t the best place for their baby girl after all. (Credit: St. Martin’s Press)

How to Love a Jamaican by Alexia Arthurs

“There is a way to be cruel that seems Jamaican to me.”

Tenderness and cruelty, loyalty and betrayal, ambition and regret—Alexia Arthurs navigates these tensions to extraordinary effect in her debut collection about Jamaican immigrants and their families back home. Sweeping from close-knit island communities to the streets of New York City and midwestern university towns, these eleven stories form a portrait of a nation, a people, and a way of life. (Credit: Ballantine Books)

The Incendiaries by R.O. Kwon

Fruit of the Drunken Tree by Ingrid Rojas Contreras

Inspired by the author’s own life, and told through the alternating perspectives of the willful Chula and the achingly hopeful Petrona, Fruit of the Drunken Tree contrasts two very different, but inextricable coming-of-age stories. In lush prose, Rojas Contreras sheds light on the impossible choices women are often forced to make in the face of violence and the unexpected connections that can blossom out of desperation. (Credit: Doubleday)