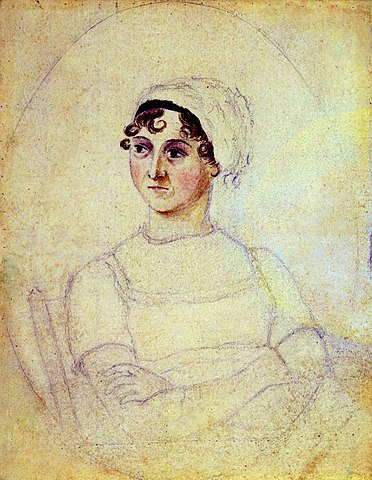 Other Janeites have always understood why Jane Austen’s popularity has endured for all these years. However, to the rest, they are not only catching on but amazed at how, 200 years after her death, Austen still remains to be popular and relevant in this century. And one article suggests that it is the way of Austen’s writing.

The Word Choices That Explain Why Jane Austen Endures, a New York Times article, theorizes that Austen’s words and her language are the reasons why Austen’s relevance endures all these years:

Her novels, reasonably successful in their day, were innovative, even revolutionary, in ways her contemporaries did not fully recognize. Some of the techniques she introduced — or used more effectively than anyone before — have been so incorporated into how we think about fiction that they seem to have always been there.

One thing early readers did notice was naturalism. Austen’s novels, unlike those she grew up reading, owed nothing to improbabilities. No settings of spooky Italian castles (she mocks such Gothic devices in “Northanger Abbey”); no characters kidnapped by rakes or bequeathed a fortune with strange provisions attached. Walter Scott, a popular author of historical novels mostly forgotten today, praised her “art of copying from nature as she really exists in the common walks of life and presenting to the reader, instead of the splendid scenes of an imaginary world, a correct and striking representation of that which is daily taking place around him.” ‘

The article also provides a scatter plot of 127 British works of narrative fiction, published between 1710 and 1920, rate them on how their vocabulary is used in the works compared to Austen’s novels. You get to see how other novels, such as Wuthering Heights and Jane Eyre, compare to Austen’s use of abstract thought and the physical and the results are surprising.

Many think that Austen was just about the romance but she was more than that. Her novels were able to capture the emotion and naturalism of her world, something that I feel very few authors were able to do during her time. We enjoy her writing, not only for how natural it feels, but the connection we feel from the story, something that is rarely replicated.

You can find the dull article here.