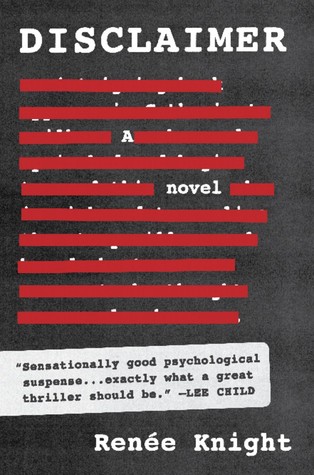 Finding a mysterious novel at her bedside plunges documentary filmmaker Catherine Ravenscroft into a living nightmare. Though ostensibly fiction, The Perfect Stranger recreates in vivid, unmistakable detail the terrible day Catherine became hostage to a dark secret, a secret that only one other person knew–and that person is dead.

Now that the past is catching up with her, Catherine’s world is falling apart. Her only hope is to confront what really happened on that awful day even if the shocking truth might destroy her.”

I don’t know why I keep doing this too myself. I see a book getting rave reviews from popular book sites and magazines like The New York Times or Publishers’ Weekly. I look at other readers’ responses to it and see there are some favorable reviews. So I decide to give it a try…

And once again I succumb to book hype. I think you know where I’m going with this particular book. I have become a victim of “book hype” a lot this reading year and I had high expectations that Disclaimer would really live up to it. When will I ever learn?

When I began this novel, it took me awhile to wrap my head around it. Maybe it was the shifting of the character perspectives from past to present (I don’t know why authors continuously keep doing this). I had hard time keeping track of who was speaking or what was going on. I was inches away from giving up on the book entirely but the storyline finally did start picking up and began to really dive in. I really was itching to figure out what this big secret is.

But when it was revealed, my enthusiasm for the novel deteriorated and I began to really think about the flaws in the entire novel. First why would Catherine just assume that the book was about her? By just reading the plot, it could be about anyone. As readers we all find characteristics and scenarios that we easily find identifiable in our own lives. This “supposed plot” could have been anyone and with Catherine so quick to believe that it was about her  just didn’t sound plausible.

As horrific and disturbing the secret is, I was expecting a bit more. With Catherine being a documentary filmmaker and the book cover looks a classified CIA document, I thought it was some government cover-up. I just expected a little bit more from it. And the authors’ reasons for writing and publishing the book? You can say it was an outlet for their grief but they didn’t have all the facts and the only evidence they had been circumstantial and could be interpreted in so many ways. That part of the storyline just didn’t seem plausible.

A lot of critics claim this a psychological thriller. Maybe they are trying to have this novel jump on the Gone Girl bandwagon but I had a hard time seeing the connection. If it was told in Johnathan’s (one of the characters) point of view it would be deemed as psychological, but that is not the case here. Gone Girl contained two characters that played a game of cat and mouse, two people trying to outwit one another. That is not the case in this novel. It maybe a thriller but it is far from a psychological novel.

I originally planned to give this a novel a three star rating. But for the poor plot structure, the writing transition from past to present and the numerous amount plot holes, I had to downgrade it. I don’t know what The New York Times or other news outlets saw in this book. I just don’t see it.

Get it at: Amazon | Barnes & Noble | Book Depository