Today is Father’s Day and while we recognize how great our own fathers are, let’s take a break and recognize these memorable literary fathers, with comforting words on the side (some statements may come from a Huffington Post article):

“I wanted you to see what real courage is, instead of getting the idea that courage is a man with a gun in his hand. It’s when you know you’re licked before you begin, but you begin anyway and see it through no matter what.”

No list of great literary fathers would be ever complete without adding the moral and kind Atticus Finch.

“But, Lizzy …You are not going to be missish, I hope, and pretend to be affronted at an idle report. For what do we live, but to make sport for our neighbors, and laugh at them in our turn?”

Fathers aren’t perfect. And no other character represents imperfections than Mr. Bennet himself. Although he is generous and caring towards his daughters, he lacks concerns and conviction when it comes to big decisions concerning his family’s welfare. However, he is immediately redeemed when preventing Elizabeth from marrying the odious Mr. Collins. 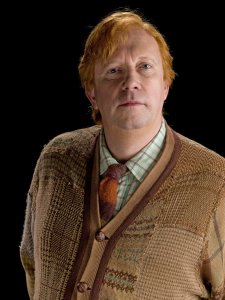 “Haven’t I taught you anything? What have I always told you? Never trust anything that can think for itself if you can’t see where it keeps its brain.”

“Mr. Weasley is seen by his peers (and, to a certain extent, his children) as something of a buffoon. He’s a bit bumbling and embarrassingly enthusiastic about his interests. But he’s also a kind, good-hearted man who loves his wife and children more than anything. It doesn’t hurt that he’s also quietly been a key member of the fight against Voldemort. “

“Sweet, shy Matthew Cuthbert may not have been Anne’s biological father, but he was a dad to the red-headed orphan. His tough-as-nails sister, Marilla, forbids Matthew to “put his oar in” when it comes to raising Anne, yet it is the old bachelor who shows Anne the first true kindness she has ever known. When Matthew decides that Anne should have a pretty dress like the other girls in their town, he bravely faces his fears to buy the fabric and commission it himself. Okay, maybe it’s not exactly storming the Bastille, but it proves that Matthew would do anything for his adopted daughter.” 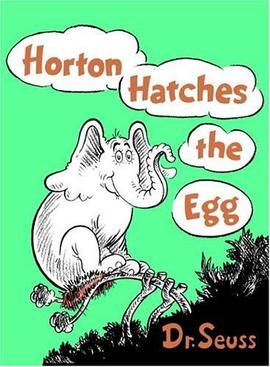 “I meant what I said / And I said what I meant… / An elephant’s faithful / One hundred per cent! / No matter What happens, / This egg must be tended!”

An elephant sits on an egg and persistently stays with it, while through many hardships and humiliation. He’s persistent and caring until the very end. What great traits to have in a father!

6. Mr Emerson from A Room With A View by E.M. Forester

“Mr.Emerson is character somewhat out of time with the repressed individuals that he must mix with in E.M. Forster’s classic. His ideas are reportedly unconventional for the beginning of the 20th Century – he believes in the equality of women for instance. His love for his son, George, though is timeless, as is belief that his son and Lucy belong together. A hopeless romantic then.” 7. Bob Cratchit from A Christmas Carol by Charles Dickens

“As good as gold,” said Bob, “and better. Somehow he gets thoughtful, sitting by himself so much, and thinks the strangest things you ever heard. He told me, coming home, that he hoped the people saw him in the church, because he was a cripple, and it might be pleasant to them to remember upon Christmas Day, who made lame beggars walk, and blind men see.”